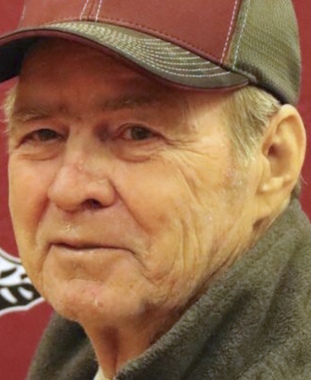 Back to Sidney's story

He was a 1963 graduate of Tahlequah High School, where he lettered in football. Following graduation, he began a career as an electrician at Hammons Electric. He worked for several companies before beginning a 17-year career at Northeastern State University.

The birth of his children and grandchildren held a very special place in his life. He was an involved member in the community of Hulbert where he served on the school board. He also served as assistant fire chief, announced the football games and was a proud member of the Booster Club, J.C.s, and the Lions Club.

Sidney has been preceded in death by a sister, Ginger Beach.

He leaves behind his wife, Charlene (Lillard) Craig of the home; two children, Michael Craig and wife Terri of Broken Arrow, and daughter Shelly Craig of Tahlequah; four grandchildren, Matt Craig, Jackson Craig, Madilyn Joice and Tyler Joice; as well as many other friends and loved ones.
Published on February 7, 2020
To send flowers to the family of Sidney Kale Craig, please visit Tribute Store.

Send flowers
in memory of Sidney

A place to share condolences and memories.
The guestbook expires on May 07, 2020.