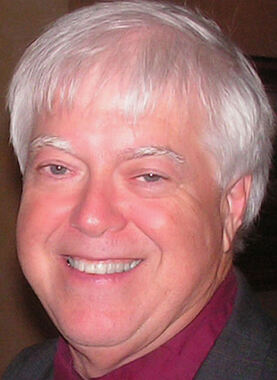 Back to Henry's story

Hank was born May 15, 1952, in Fort Worth, Texas, to Henry H. Wright and Frances McGinnis Wright. He graduated from Carter-Riverside High School in Fort Worth in 1970. He attended Schreiner Institute and Howard Payne University, and earned a Master of Divinity from Southwestern Baptist Theological Seminary. Hank was commissioned as a Navy chaplain in 1983, and assigned to the USS Seattle where he completed two deployments to the Mediterranean. He served in various duty stations including Coast Guard Support Center in Kodiak Alaska, Naval Air Station (NAS) Kingsville, Texas, and NAS San Diego. Lieutenant Wright received numerous awards throughout his military career including the Coast Guard Letter of Commendation Ribbon, Navy Expeditionary Medal, Navy Achievement Medal, National Defense Service Medal, Armed Forces Expeditionary Medal, and Sea Service Deployment Ribbon with Bronze Star.

Following discharge from the Navy, Hank earned a Bachelor of Social Work from Northeastern State University, and Master of Social Work from the University of Oklahoma while working as a child welfare supervisor for the Oklahoma Department of Human Services. Since his retirement, Hank served as a board member for Cherokee Country Court Appointed Special Advocates (CASA).

Hank married Becky Short Talbert in 1993, and they've been serving the Lord together ever since. As a uniquely blended family, Hank and Becky have a deep passion for restoring lives and healing brokenhearted people.

Hank had a significant positive impact on many lives. His passion for people stemmed from his love for God, demonstrated by his service in the church and community. He was a Sunday school teacher, member of the missions committee, church security team, and participated in numerous mission trips. Hank was proud to be a 10-gallon blood donor and an organ donor.

Hank's hobbies included gardening, running, crosswords, sudoku puzzles, home improvement, and restoration projects. Above all, he enjoyed every moment spent with his wife Becky, his children, grandchildren, and pets.

He is preceded in death by his father, Henry H. Wright; and sons, Todd Wright, and Jonathan Wright.

Hank and Becky are both passionate about sharing the good news of Jesus and rescuing orphans around the world. In Hank's honor and in lieu of flowers, you may wish to donate to Wright Ministries/ A.C.T. International to carry on their legacy. Visit actintl.givingfuel.com/wright-becky.

Send flowers
in memory of Henry

A place to share condolences and memories.
The guestbook expires on April 30, 2020.

Lee Ann Cooper-Cordell
Hank always had kind words to say and a sweet spirit. Prayers to his family during this time . The world needs more people like him.
Debra
I am so sorry about Hanks passing. Praying for your family.
Lynn Thompson
I met Hank during my time at CASA on the board. Hank was a sweet man and loved to laugh. I loved to hear him tell stories of his trip to Washington DC with his sweet wife Becky. I will miss him tremendously!
View all