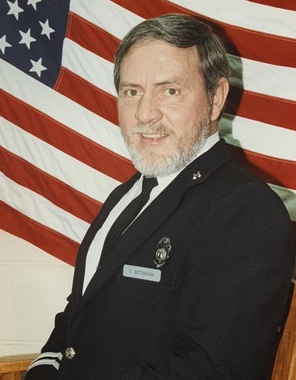 Back to Donald's story

On March 7, 2020 Donald "Eugene" Nottingham, lifelong resident of Tahlequah, Oklahoma, loving husband, father and grandfather passed away at the age of 73, having waged a valiant battle against cancer.

He attended Tahlequah High School and studied at Northeastern State University. He had a forty-year career with Northeastern Oklahoma Public Facilities Authority, starting at the bottom and retiring as Executive Director, He served as a Captain of Tahlequah's Volunteer Fire Department and retired after twenty-four years. Running cattle was a passion that Eugene enjoyed for the greater part of his life as well.

The Bedouin Shrine Mounted Patrol was a big part of Eugene's life and he was a charter member of the Tahlequah Elks Lodge. He enjoyed sports as a young man and was a talented athlete. Hunting trips and trail riding were adventures he enjoyed and planned all year.

He is proceeded in death by his father, Charlie O. Nottingham, his mother Mamie Medlin Nottingham, and brothers Charlie and Eddie Nottingham.

Plant a tree in memory
of Donald

Cyrus Penland
I went to school Gene and Charlie Wayne at Double Springs. RIP Gene:(
Mike and Wendy Laidlaw and Notzmo Somerset Song of Dinah
I write, Sharon, with Dinah at my feet to let you know how saddened Wendy and I were to learn yesterday of Eugene’s death. Our deepest sympathy to you and all of your family. For some reason not remembered, I have often imagined Dinah routinely receiving Beggin’ Strips from Eugene as they walked together. You are in our meditations and in our thoughts and will be so in the weeks and months to come. 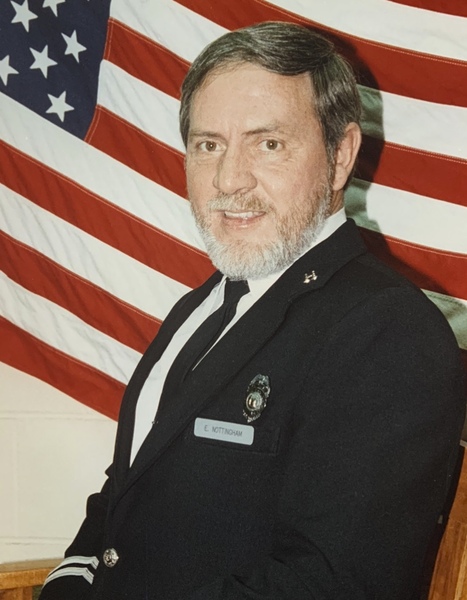