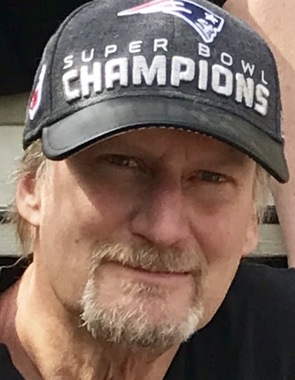 Back to Clay's story

Former Tahlequah resident Clay Sheff died January 17 near Santa Fe, New Mexico, five days after his 57th birthday. He died of multiple cancers related to radioactive fallout exposure (Downwinder Syndrome) received while in utero from nuclear testing in Nevada, during the time his mother and father lived in Page, Arizona. His Mother and Uncle ( and possibly Father) were also Downwinder victims. In Clay's case, the cancers surfaced around unrecognized birth defects caused by the radiation. He fought the diseases for nearly five years after being diagnosed. He outlived all predictions of his death more than two years, and the uniqueness of his situation led to studies by major universities.

He was born Clay Anthony Sheff on January 12, 1963 in Page, Arizona to Norman and Norma Sheff. After briefly emigrating to New Zealand in 1965 and 66, the family returned to America. In 1967, they moved to Tahlequah, Oklahoma, where Norman Sheff taught history and geography at Northeastern State University for 30 years. Norma Russell Sheff worked a variety of jobs, including teaching, graphic design and a stint at the old Pictorial Press, where she had a weekly column-"Life on Normal Street".
Clay loved growing up in the beautiful Green Country of Eastern Oklahoma. He hiked Sparrowhawk, swam in Tenkiller and floated the Illinois. The friends he made growing up were the best he ever had.
Clay attended Tahlequah Public Schools before joining the Marine Corps. He served honorably in such places as the Phillipines and Okinawa. He was proud to serve his country.

Clay settled in New Mexico in the late 1980's and worked for many years in the mental health profession, including an extended stint as the caretaker of a group home for the mentally ill. He married his wife of 22 years, Cindy, in 1997 in Albuquerque. When they moved away from the city, Clay began working on local ranches and properties doing physical labor (and his art), which he did for many years until cancer finally prevented him.
He loved his family and wife. He was an avid comic book collector and New England Patriots fan from childhood. He felt a real kinship with all the animals of God's Creation. He was proud of his Oklahoma upbringing, but also loved the west. He felt blessed living and working in the Northern New Mexico countryside, often taking with him his faithful German Shepherds.
Clay was a unique folk artist. Clay's art could be beautiful, absurd, gothic or satirical. He was skilled at painting, drawing and sculpture. He survived many brushes with death, including being bit by a deadly venomous reptile in the Phillipines, being dragged beneath a car for a quarter mile after being run over in Albuquerque, and most recently, injuring himself rescuing a man being crushed by a tractor mounted auger. He was a very shy, brave and decent man. He was beloved by animals and children, and his incredible physical strength was almost a secret except to those who saw it in action. Those fortunate enough to have met Clay knew his kind nature and gentle spirit. He has now gone home to the God he trusted in.

He is survived by wife Cindy, of New Mexico, son Tristan Fioretti of Stigler, brother Sand Sheff of Utah (Sunnie, Nick and Ivy) and sister Dancy Sheff of Arizona (Chloe Porter, Syniyah and Kapton). The family is holding a private service. ..in lieu of flowers or cards, please say a prayer for his journey. A part of him will always be in Oklahoma.
Published on January 20, 2020
To plant a tree in memory of Clay Sheff, please visit Tribute Store.

Plant a tree in memory
of Clay

A place to share condolences and memories.
The guestbook expires on April 19, 2020.

rebecca crellin
I am so sorry to hear of Clay's passing.

He was a good friend of my brother, Jeff. They used to hang out together and give me a ride home from school everyday in (1979-1980).

With 3 sons of my own, I can only imagine the pain that you are feeling. God bless you.
Gina McFarland Champlain
My condolences go out to Clay’s family. So sorry to learn of his passing, what a beautiful life he has lived and has blessed many over the years. May time and the love of your family help heal the pain and sorrow of your passing. Enjoy the next adventure Clay.
mary beth graham
my son by love....why are they leaving us behind??? Good journey clay!!!

Blue Caribbean was purchased for the family of Clay Sheff.  Send flowers

I am so lucky to have gotten to spend time On earth with Clay. He always was loving, funny and welcoming. I loved seeing his paintings and posts of his life in New Mexico. We will miss you Clay, so very much. Thank you for being such a sweet dear brother to me and a living uncle for Ivy. See you someday on the other side...

Ruth Dobbins
Dear Cindy,
I am sorry to hear that you are experiencing some of what I had to go through. I am sending good thoughts and prayers to you during your time of grief and hope that you have a good support system.
Blessings
Alycia Celeste
I’m so sorry for your loss. Clay was an inspiration. He was always kind, funny, and thoughtful. His art is fantastic, provocative, and often hilarious. We spent hours talking, and I felt like I got to know Cindy, who was always keeping him in line, and his beloved dogs. It’s very rare that I meet someone who is so open and generous, without expecting anything in return. He was just... kind. Gwendolyn Zaxus
Condolences to you Cindy and Family. The dog and cat signs, to this day, leave me smiling. What a wonderful piece of Clay, about town. Honored to know him. Much love.
Lynn McLane
My deepest heartfelt condolences to Cindy and Family. I have such fond memories of Clay’s smile, laugh, artwork and kindness when he helped me move into my Madrid home.
Pat Blackmer
Unfortunately I never had the opportunity to meet Clay. Although I feel as I knew him with the kindness and stories I’ve heard about Clay. His memory will live on. My sincere condolences to his family. Sand and Sunny, Dancy and family’s. God bless and keep you all.
Sarana
You inspired me so much to risk and start a painting when I was in St Fe.
I was so happy that you braught me new colors and stuff. At home I wanted to continue the painting at home, but it hadn't the same quality, I`m missing the spirit of your wouden boards.
So short the time I knew you, but intense, and I will keep you in my hart.
Thank you so much for your love and help.
I wish you a good travel to your home, trust in God.
Love,
Sarana
View all